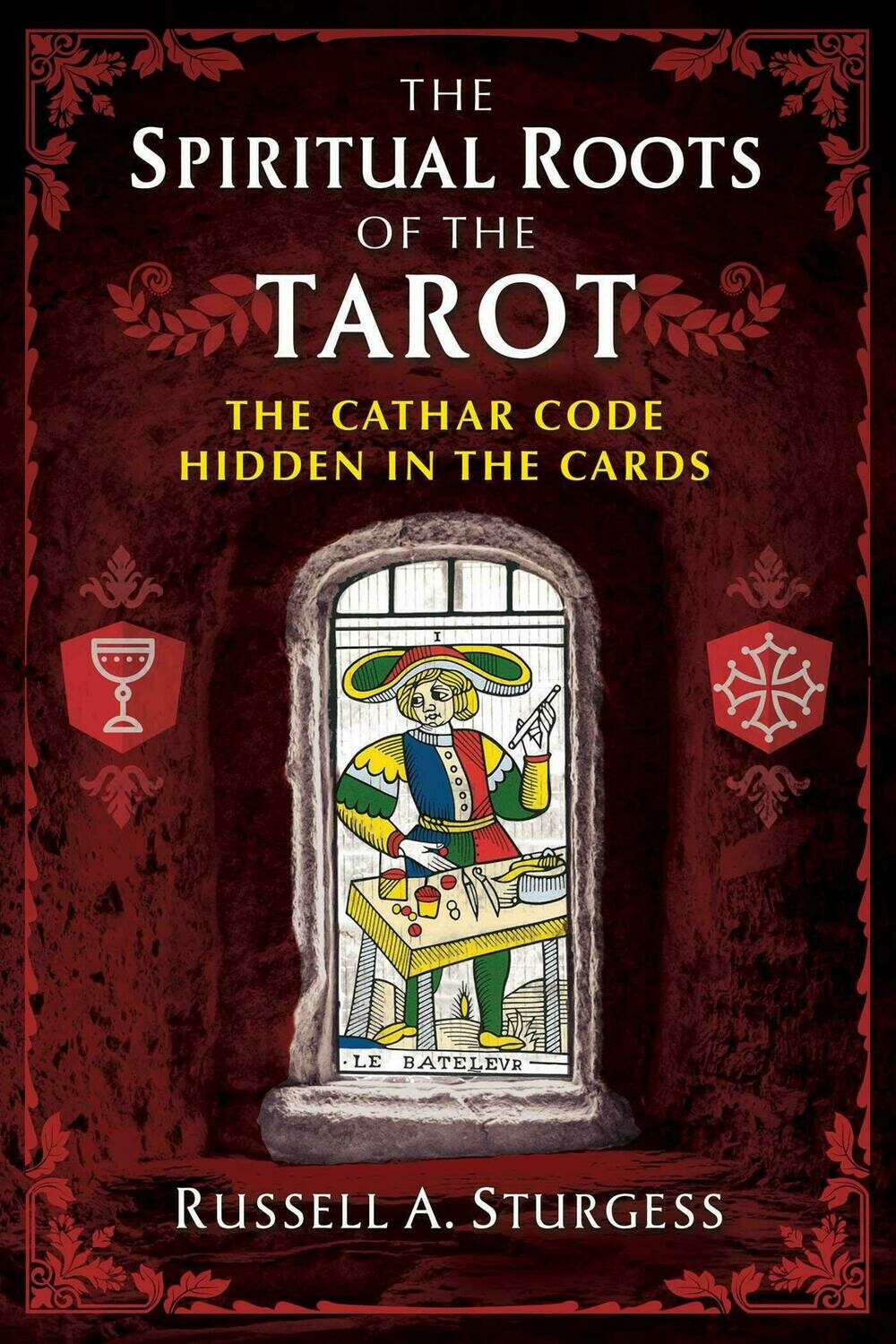 Spiritual Roots of the Tarot

• Shares the author’s self-development program, based on the wisdom of the cards, for creating a lifestyle filled with peace, joy, good health, and meaning

The Holy Grail has been discovered. Not a cup or chalice as myth leads us to believe, the Holy Grail is sacred knowledge of the path to enlightenment and inner peace. While author Russell Sturgess was conducting research on the Marseille Tarot, he found evidence that this tarot deck, while masquerading as a simple card game, held the teachings of an ancient heretical religious group from southern France, the Cathar, believed to be the keepers of the Holy Grail. To avoid persecution by the papacy, this sect used portable art like illuminations to convey their Gnostic Christian teachings, in the same way the stained glass windows of churches spoke to their congregations. This portable Cathar art then inspired the creation of the Tarot.

After his breakthrough discovery of a hidden key on the Magician and Strength cards, Sturgess examined the Major Arcana cards further and used the key to unlock their symbolism, discovering clear instructions for recalibrating human consciousness and achieving enlightenment, with specific cards representing pivotal points in making the journey from ignorance to awareness. Decoding the cards in detail, the author shows how they reveal a journey of transformed consciousness that can result in finding what the Cathar called “the kingdom of heaven.”

Calling this sacred knowledge “the Cathar Code,” Sturgess reveals his personal development program based on the Code that opens access to a meaningful lifestyle filled with peace and joy and that naturally fosters health and well-being. He shows how these teachings offer a clear path that transforms a life burdened by fear of failure, rejection, and scarcity into one with clarity of purpose, self-honoring,