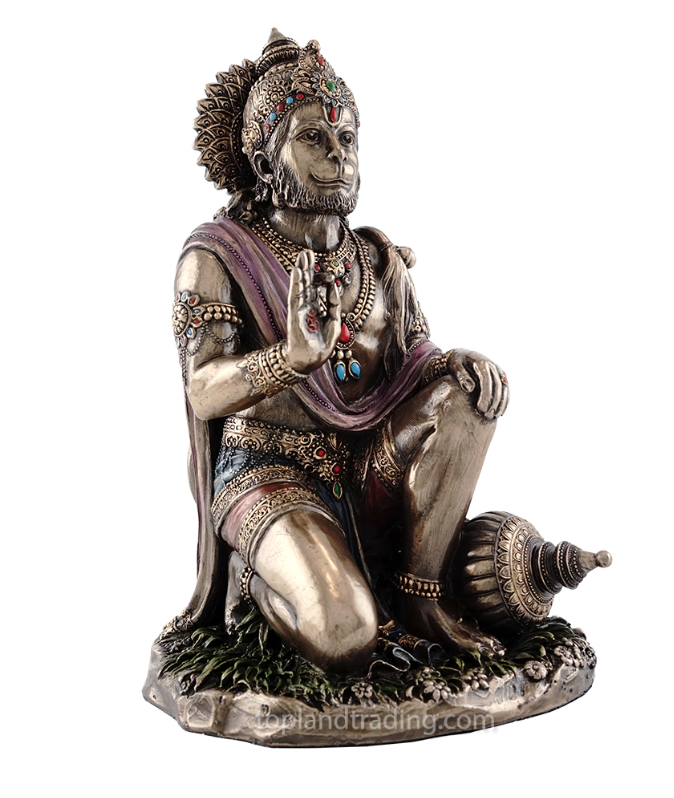 Hanuman, the mighty Hindu deity that aided Lord Rama in his expedition against evil forces, is one of the most popular idols in the Hindu pantheon. Believed to be an avatar of Lord Shiva, Hanuman is worshiped as a symbol of physical strength, perseverance and devotion. The monkey god's tale in the Indian epic Ramayana is known for its astounding ability to inspire and equip the reader with the ingredients needed to face ordeals and conquer obstructions in the way of the world. In times of trouble, it is a common faith among Hindus to chant the name of Hanuman or sing his hymn ("Hanuman Chalisa") and proclaim "Bajrangbali Ki Jai" — "victory to thy thunderbolt strength".